Years ago, when the first short story I published was included in the 2007 O. Henry Prize anthology, I was standing out front of my kids’ school when a woman I hardly knew poked her head out of her car to say that she’d only read the first paragraph, but would I be willing to tell her how much of my short story was true? It was the first time the question had been posed to me, and I had no idea how to answer it. Did she only want to read the story if it was “true,” or if it was not?

Sometimes the question comes in other forms. What gave rise to the novel? What was the inspiration for your story? Is it autobiographical?

I am as guilty of wanting answers to those questions as any reader. I’ve just finished Adam Haslett’s heartbreakingly beautiful novel, Imagine Me Gone, and I can not help wondering whether the novel’s brilliance is in part born out of personal experience with crippling depression.

I read Imagine Me Gone at our place in the mountains. I sat beside a lake, oblivious to the sun burning my back and the odd little black beetles stinging my calves. It was a novel that sucked me into its psychology, drowned me in one family’s despair and unfailing love, and felled me with its humor, its intelligence, and its vision. It released me two days later furious, devastated, moved, and envious. As only the finest literature can do, it had altered me. Does it matter how much of it is “true?” It matters only in that whatever tragedies in the author’s life gave rise to it, we can be grateful as readers that he had the courage and tenacity to turn those experiences into art. 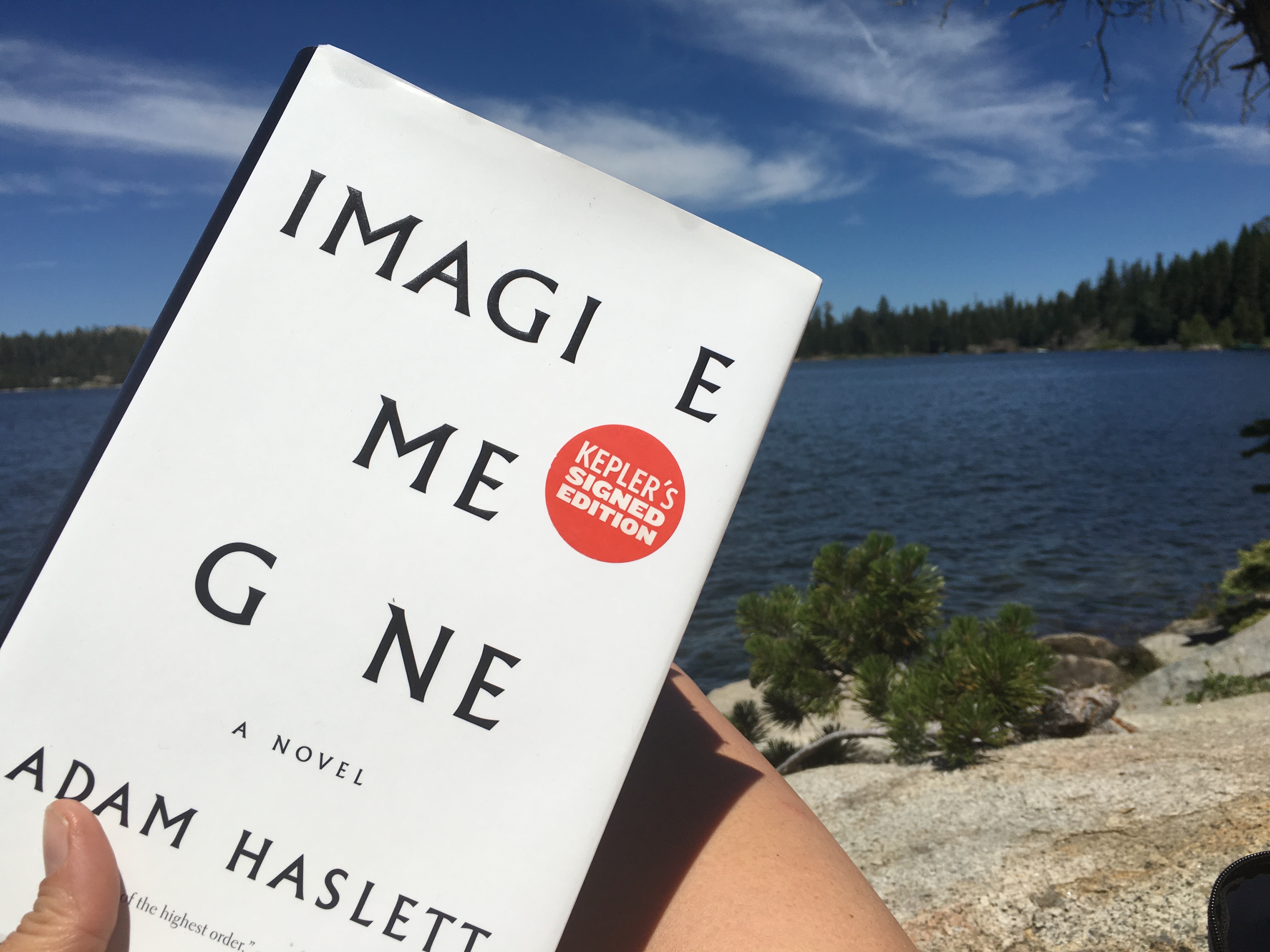 As Stephanie Harrison writes in BookPage: “Imagine Me Gone is immensely personal and private, yet feels universal and ultimately essential in its scope. The end result is a book you do not read so much as feel, deeply and intensely, in the very marrow of your bones.”

When literary realism succeeds, it feels like life. When it doesn’t, it feels contrived. In my experience, this is the case whether the events that inspired the fiction happened or not. I have often become burdened by small details from my own experience that I try to manhandle into an evolving fiction. My own nostalgia insists this gem of an anecdote or detail belongs. But often, it’s not the right thing; it belonged in my life, but not in the fabrication it inspired. The opposite is of course also true: sometimes life delivers up a line of dialog, or a situation or detail that can not be matched by invention. When there is a risk of offense, though, sometime we writers have to suck it up and settle for an inferior construction of our imaginations.

In an interview for American Short Fiction, the lovely Rachel Howell asked me how much of my own life, and past, informed my work, and how I managed to keep narrative distance while very much writing what I know.

I responded that I often begin with the low-hanging fruit: places I’ve lived, my own experiences, emotions, memories, observations, friends, family. Stories people tell me or that I read in the newspaper. Conversations I overhear in restaurants. That’s the raw material. And often, the initial attempt to get this material onto the page is done in a voice close to my own.

But once I begin to shape the material into something resembling a story, once characters emerge, the voice, or voices, if there is more than one narrator, will necessarily be transformed. Even though some of what happened to the narrator happened to me, the voice is no longer mine—it’s one that has emerged in the service of the story over years of revision. The story is not my life but a collection of sentences deliberately, fictionally shaped to deliver an emotional truth that becomes clear only as the story unfolds.

In the last year and a half since the book came out, I’ve spoken and written at length in essays and interviews about the features of my own life that gave rise to the novel. All that I’ve said and written on the topic is true. Is it the whole truth? No story ever is.