Thanks to all you readers out there, Jan Ellison’s debut novel A Small Indiscretion has hit the USA TODAY Bestselling Books list for the first time.

The San Francisco Chronicle just included Jan Ellison’s debut novel A Small Indiscretion as one of their 100 Recommended Reads for 2015.

Enchanted Prose reviewer Lorraine Kleinwaks hails A Small Indiscretion as the most psychologically suspenseful, literary novel she’s reviewed. Adds Kleinwaks, “Does this classify as mystery genre vs. suspense? Literary fiction vs. commercial? These distinctions are fuzzy to me. Pin me down, I’d hedge my bets. Tag it literary suspense. The prose is exceptionally good and provocative, bridging literary and commercial.”

Hear Jan Ellison’s podcast conversation with Martha Pettit of Folio Books where Jan talks about hometowns, cities, characters and how she came to write her debut novel A Small Indiscretion.

Hear Jan Ellison’s podcast interview on Women Worldwide with Deirdre Breakenridge where Jan talks about the writing and themes of her debut novel A Small Indiscretion.

Listen to Jan’s podcast interview with Yin Chang on 88 Cups of Tea, where Jan chats about how traveling heavily influences her stories, novels evolving from short stories, how writing workshops and mentors shaped her writing and more.

A Small Indiscretion is Book Movement’s Book of the Month pick for book clubs. Enter your book club for the book giveaway and check out the Club Guide, including a tomato pie recipe from Chaiwalla Tea House in Salisbury, CT and a cocktail recipe from Claridge’s Bar in London.

Jan Ellison’s A Small Indiscretion rides the wi-fi airwaves on Amtrak’s Acela Express trains! It’s one of only ten books featured in the launch of the exclusive new content partnership between Random House and Amtrak. Read the full Random House announcement here.

What do writer’s read? Jan Ellison’s guest post in the She Reads Summer Reading Series. illuminates why her summer reading included four novels by talented male writers who expose the “tender interior of their characters’ hearts.”

Writer’s Digest features Jan Ellison’s guest post: 9 Practical Tricks for Writing Your First Novel. This is from trick #3: “Force yourself to write and don’t stop until the timer goes off, even if you have to write about the weather.”

The Good Men Project features Jan’s article about romance, long marriages, and the good man she married. Read it here.

Huffington Post picks Jan Ellison’s A Small Indiscretion as one of 10 books you should be reading this summer. Bestselling author Catherine McKenzie says her definition of great summer reads centers around “books you can get lost in…that let you leave ordinary life behind.”

A novelist mom’s take on how family dinners can teach kids that just because something is difficult doesn’t mean you give up on it. And other important things, too. Read Jan’s article in MindBodyGreen.

Listen to Jan’s podcast interview for Sacha Sterling’s Successful Mompreneur Summit. Jan talks about balancing writing and parenting, banishing guilt and (of all things) the value of family dinners.

Here’s a video of Jan doing a reading from A Small Indiscretion. The event was the June 11 session of Why There Are Words, an evening of award-winning authors reading their works on the theme of “Impulse”.

Jan Ellison’s A Small Indiscretion tops Gallery Bookshop’s recommended fiction list that recently appeared in the San Francisco Chronicle. The Mendocino bookshop’s staff describes the 2015 Chronicle Book Club pick as: “A well-plotted and suspenseful story with lots of surprises. Vivid Bay Area settings add to the allure of this heroine’s search for truth and resolution.” (PS: The cat in the picture answers to the name Catsby.)

How much of this is true?
Read Jan’s guest post on the Village House of Books website, where she addresses a question writers often dread. The context, of course is her debut novel, A Small Indiscretion. The post spawned some lively and thoughtful discussion at her meet and greet at the Los Gatos, California bookstore a week later on March 28, 2015.

Jan Ellison’s A Small Indiscretion listed by The Reading Room as one of twelve debut authors to read now, saying, “…these twelve authors are our favorites coming into the market.”

Give Yourself Permission to Stake out the Territory of Your Writing Life
A PubSlush.com interview with Jan Ellison, February 18, 2015
Read Jan’s tales of breaking into print, the writing life, and advice for women writers here. 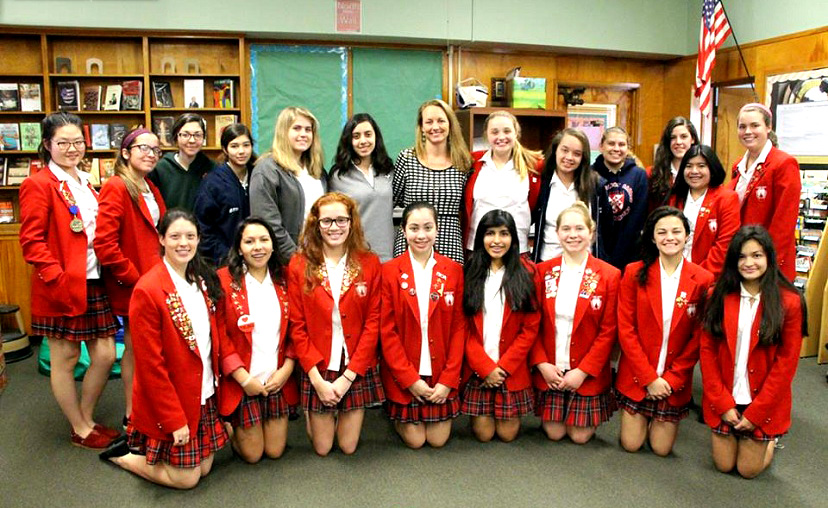